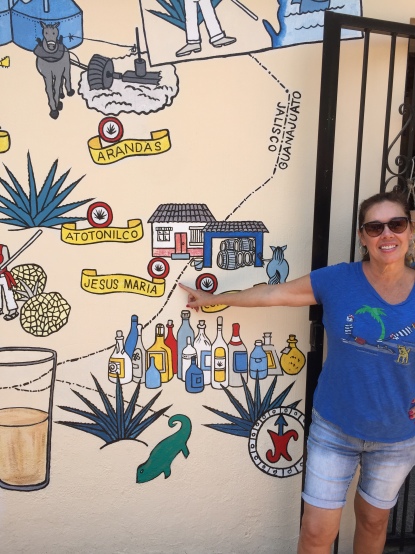 Well, for one thing, I did a lot of waiting this summer! Those who know me and judge from my cover, think I’m always on vacation, honestly it’s mostly work- related or some family event. Plus, it’s the way I choose to live life. And that doesn’t mean that while I’m riding the waves or sailing through blue skies of life’s giant waiting room, that the undercurrent isn’t full of anxiety.

To be honest, in June, I did go to Puerto Vallarta for some research on Tequila (there’s a scene in my book “Agave Blues” where Maya is sitting on the beach at sunset sipping a Margarita.) And then later, in August, I flew to Philadelphia and drove into Lancaster County for more research (there’s a scene in my book “Amish in the Hood” where my Amish girl, a waitress, is in a diner in Bird-in-Hand waiting on an “English” customer to taste her famous shoofly pie.)

Anyway, those weren’t the only places I traveled, and that’s not all that happened during these summer months nor were they the most significant events. At the end of June, my oldest daughter finally gave me my first grandchild, Baby Esperanza “Hope” from the root word esperar meaning “to wait.” And then only a week after that, my second daughter announced her news. My baby is expecting a little boy, my second grandchild. No puedo esperar! I can not wait!

Speaking of waiting, in between all of the summer excitement, there was also the anxiety as I expected responses from four agents considering my completed manuscripts for two of my novels. But in between that time, I kept writing, and blogging. I even submitted a few stories to magazines. “Pancho Villa’s Granddaughter,” “Boys on a Train,” and “I Did Not Sleep with Kevin Costner.”

So by the end of August now, three of the four agents have rejected my work, but I still hold out hope esperanza. September is a good month to hit up the agents again (they’ve all probably been on summer hiatus, right?) I’m a very patient person, good at waiting, living like I’m on holiday.

And finally, what seems like the longest purgatory of all, filled with the ebbs and flows, the jetsam and flotsam, the agitations and churnings of a turbulent divorce, and after a five-year engagement, I’m able to marry the love of my life. My sunshine!

He tells me, “Waking up next to you has always felt like Christmas morning.”

“And I’ve always felt like we were on summer vacation,” I answer. “I never want it to end.” 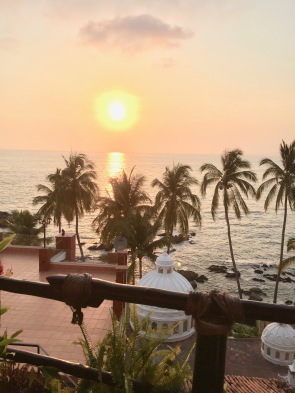 Ya  no puedo esperar! So now, let the honeymoon begin as we ride into the sunset of our lives!  And perhaps, I’ll also share the story some day – to my grandchildren (kids can be bribed), if no one else.

Once upon a time … and the moral of the story is sometimes good things come to those who wait?

We can only hope!

This site uses Akismet to reduce spam. Learn how your comment data is processed.